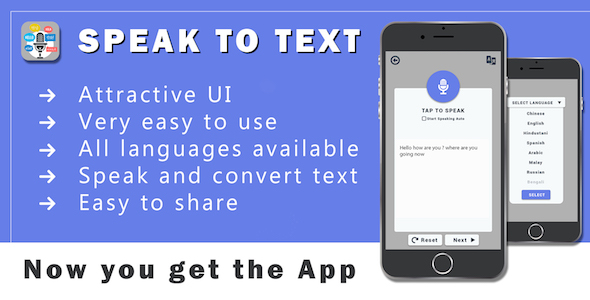 “Voice Translator All language , Speak to text” is specially designed for fast speak
and translate purpose. This voice translator fulfill all your translation needs.
Besides of voice to voice translation you can also type and translate which can
help you to translate from any language into your desired language. Simply we
can say by voice & you can do any kind of translation, either it’s text input
or voice input.